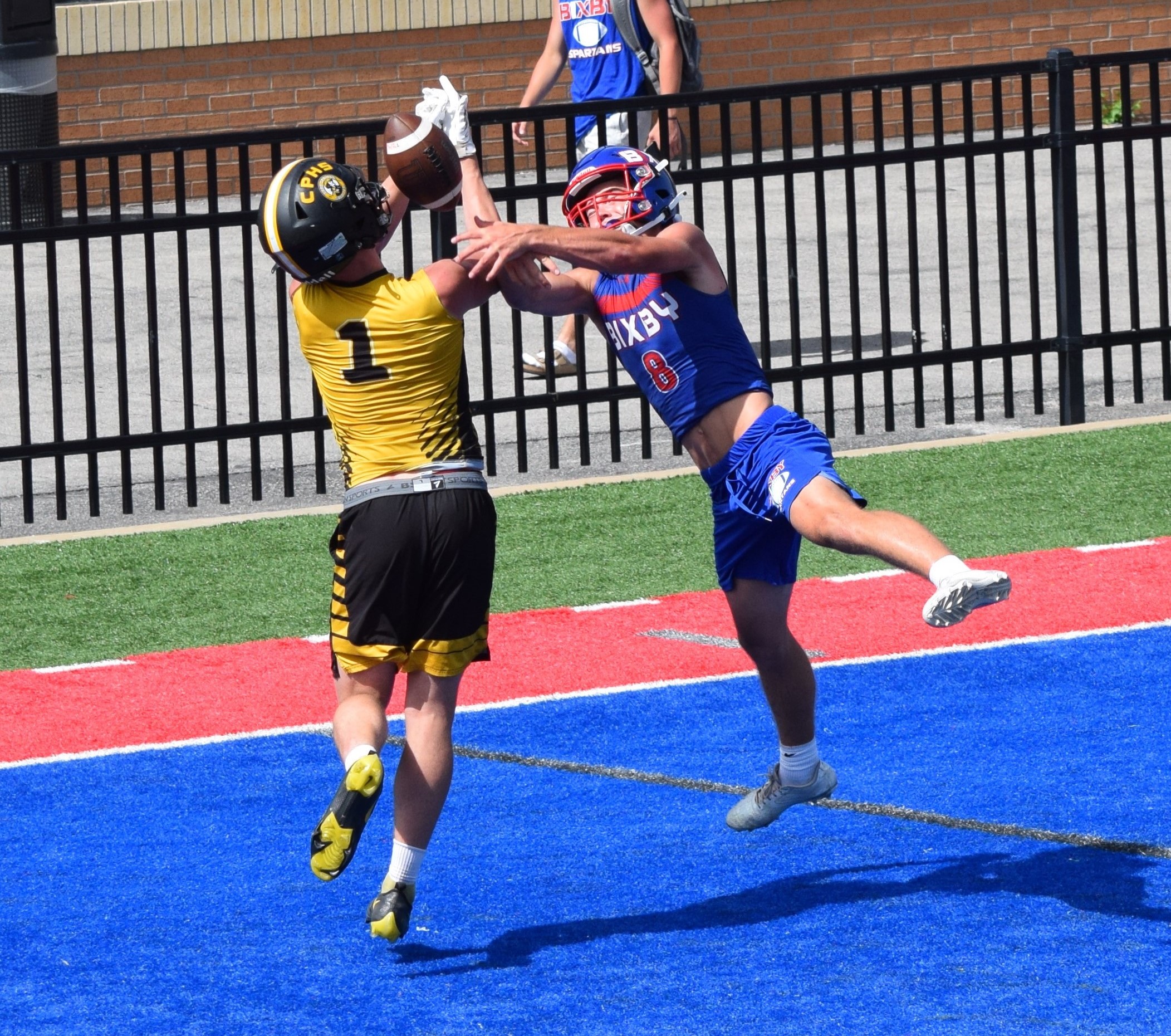 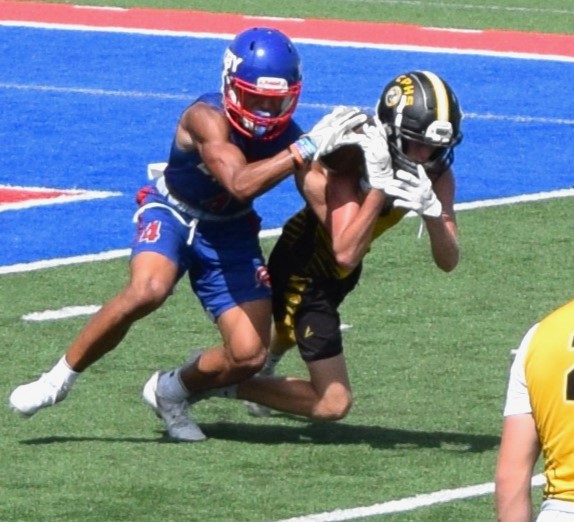 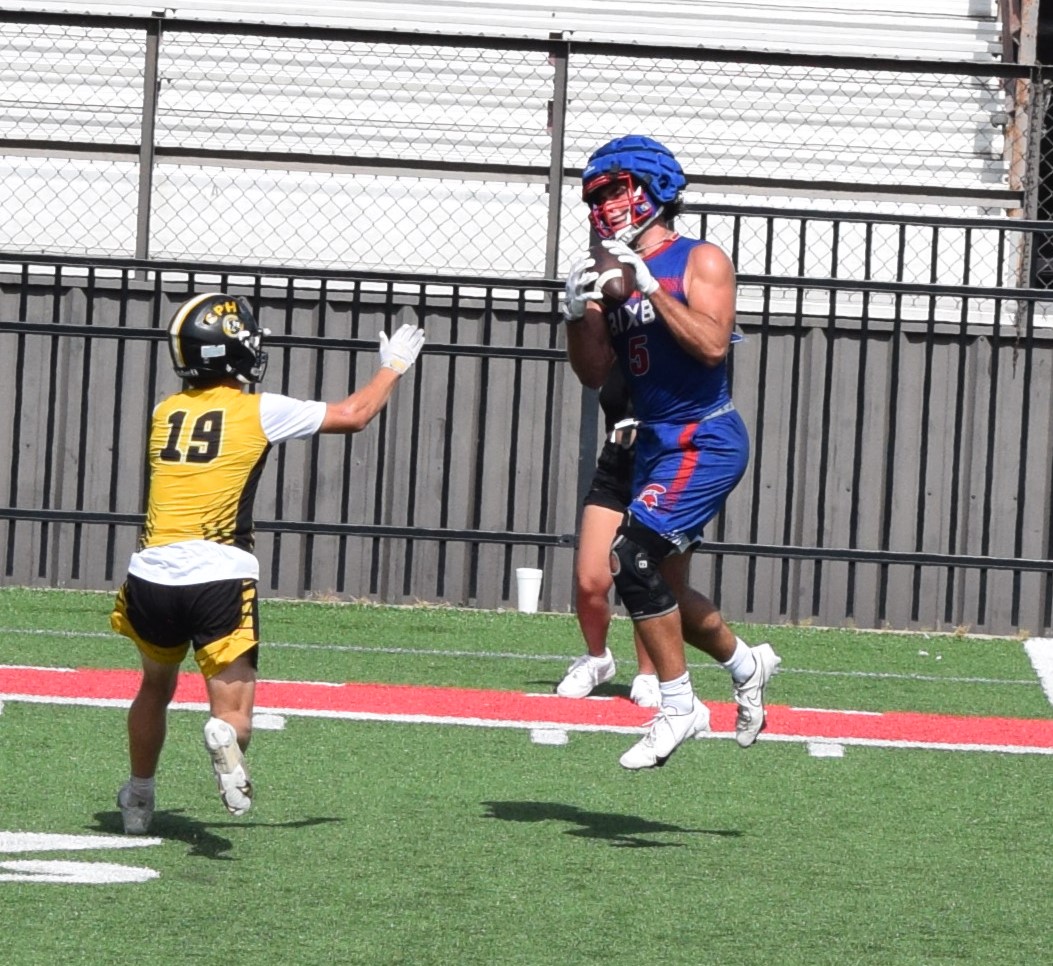 Starting with spring ball late this past school year, it’s now full speed ahead with summer workouts for Bixby’s Spartan footballers in preparation for the 2022 season.

Fall success begins in the summer. The Spartan philosophy is akin to the old saying: ‘Success only comes before work in the dictionary.’

Bixby football prospects are involved in a regimented, intense weight-training program, which is credited with contributing to the Spartans’ sustained success. Speed, Power and Agility (SPA) daily workouts, team camp, 7-on-7 passing leagues and tournaments are also on Bixby’s summer agenda.

Spring ball started in mid-May and ended with the spring game on Thursday, May 26, at Bixby’s Lee Snider Field, a week after school ended. Spring ball allowed Spartan head coach Loren Montgomery and staff to evaluate returnees and newcomers.

“I think we’re gaining on it,” coach Montgomery said following the spring game. “We’re starting to have some guys separate themselves a little especially on the offensive and defensive lines.

“We know we’ve got some guys that will be pretty good but now we’re finding out who are our best offensive linemen and who are the best defensive linemen and working to put those guys in the right position. Running back is a position we obviously need to have some guys step up with Braylin (Presley) gone. We’ve got a lot of guys who’ll have to step up.”

Bixby 1 was in the large school division while Bixby 2 and Bixby 3 competed against small schools.

“I was pleased we won but we weren’t really clean especially early on,” coach Montgomery said. “We had some drops which you can’t do in 7-on-7. I think we got better and had some young kids play.”

This is the fourth summer Bixby has hosted the Skordle 7-on-7 event. Coach Montgomery credits the Spartan staff for helping make the event a success.

“We’ve got such a good staff that knows what this should look like. Give Trevor Suffal (assistant coach) credit … he’s the one who has organized this event. The last two years this has been his baby.”

BHS NOTEBOOK – The Spartans are scheduled to compete in a Vype 7-on-7 Tournament at Owasso Friday and Saturday (June 24-25) before being idle during the Oklahoma Secondary Schools Activities Association’s mandated dead period (July 4-9). … The Battle of the Burbs featuring a season-opening battle between Bixby and Owasso was announced at a press conference May 23. The game is scheduled Thursday, August 25, at the University of Tulsa’s H. A. Chapman Stadium. Owasso will be the host team in 2022 with the Spartans serving as host in 2023 in the two-year series. QuikTrip is sponsoring the event.